It was a nice evening of 19th May 2020, when Ms Pankti Agarwal (Director, Operations, at Laser Technologies Pvt Ltd ) asked her husband Rakesh Agarwal (Managing Director at Laser Technologies),  “What are we going to do if situation gets worse and a lock-down is announced?”. This was a very scary question as business was already down due to global shutdown of COVID-19. This question made Rakesh quite restless and he kept thinking about this.

Next morning, he got a call from his business friend Mr Swapnil Sansare (who owned a 3D printing machine manufacturing company, Divide By Zero, in Mumbai) that needed his technical expertise to build some medical parts. Rakesh invited him over a cup of tea in the evening. Swapnil came with some boxes of samples and told Rakesh that he was trying to build Face Shields for protection against Corona with his 3D printing machine.

These optically clear face shields protect the face from ear to ear and down to neck from direct airborne aerosol splatter. In addition, they are highly comfortable to wear, weigh only 50 grams and stay in place even during violent head movements. Keeping the weight and design requirements intact, these shields are robust in design and are made of PET sheets of 300 microns. As per the shipment of these visors, one single packaged box can carry thousands of these visors and can be shipped anywhere across the country through our geographically distributed channels. These face shields enable healthcare workers to better intubate a patient while shielding themselves from contagious germs that could be released from a patient’s respiratory pathway. Apart from healthcare workers, it can be of enormous use to the general public and police personnel while traveling in and around the city. It was having 2 parts, main shield made by OHP or PET and Headband made by plastic part to hold the main shield on head. The plastic head band to hold the shield was a big challenge as it was taking about 2 hours to make it on 3D printing machine. 3D printing helps in the rapid production of functional parts which can be directly manufactured in just hours instead of weeks as is the case with conventional methodologies but they wanted much faster and flexible method.

They started brain-storming on the same and Rakesh proposed to make the same on Laser Cutting machine using Acrylic sheets. This was a brilliant idea and they both rushed to Laser Technologies facility where SEI Laser Dragon laser machine was kept. They started making designs and after many failures they succeeded to get the desired head band part at 1AM. It was taking almost 5 minutes. It was a nice design but both were not satisfied as they wanted to make it in quantity. The main shield was perfectly processed by laser within 10 seconds, so they wanted to make the complimentary part also in same time. Next day, with fresh mind, they came up with a brilliant idea of creating head band also from same PET material which was used in main shield and use foam to give comfort on forehead. This increased the raw material count to 5; PET main shield, PET headband, Foam, Double side tape to stick foam to headband and Elastic to tie the shield to head. Both were quite happy as all this individual process was within 12 secs, so with the help of 5 workers they were able to get about 2.500 face shields every shift.

But the next day, 22nd May, came as a big surprise as Indian Honourable PM Mr Narendra Modi announced the Lock-down with immediate effect. On 23rd they both visited local MIDC office and Police station to get permission to operate as this part was a Medical essential part. The authorities were quite supportive and gave permission for 5 people to work. But at the last moment both the machine operators refused to come as they were facing transport problem. Swapnil offered all the workers pick and drop facility in his personal car. The next challenge was to source the raw material which was very difficult as most of them were shutdown. Rakesh and Swapnil visited different locations to source the material. They picked up the suppliers from their home, took the required permission to open the supplier shops and carried all the material in their cars.

But in the end it was quite a nice and pleasant experience as the shields were being used by many doctors, healthcare workers and police personnel. The demand started increasing and to cope up that they started off-loading it to further vendors and scaled up the production to 25.000 pcs per day.

They have delivered close to 250.000 face shields and many more in the pipeline. Many big hospitals like Sion Hospital, Apollo Hospital, MGM, Nair, Parulekar, Nandedkar, Solapur Civil Hospital are using it extensively. They have also donated many shields to Police personal as CSR activity.

With SEI Laser machines, they are also producing UV Sanitization boxes used to sanitize wallets, cash, mobile, keys and other hand carry items. They are also making Intubation box which will help doctors to protect against germs spread during testing of COVID19 patient.

At the end they said: “We stand together, trusting in future with the same passion and professionalism that have always distinguished us. These tough times, will pass, keep faith and yes, it’ll test our depths personally as well as of our companies. Take very good care and have faith.” 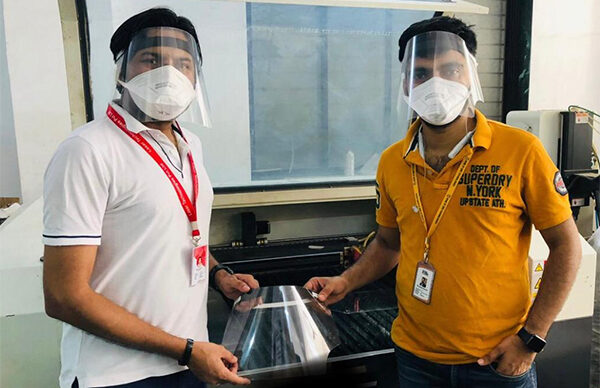 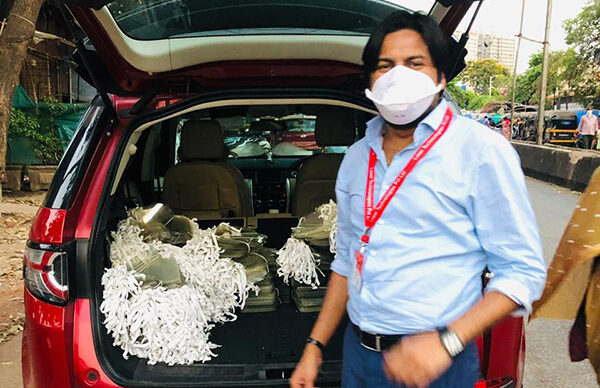 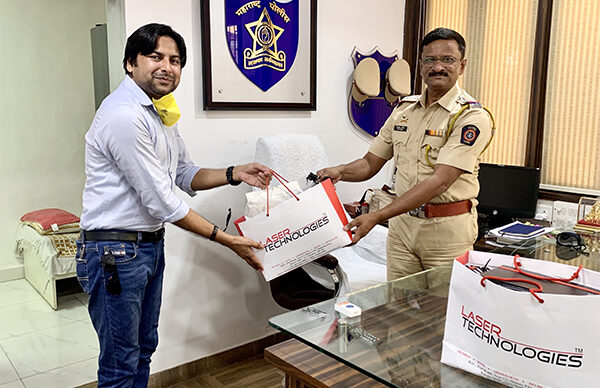 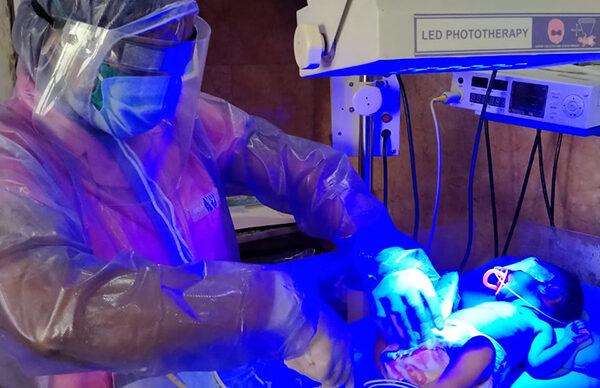 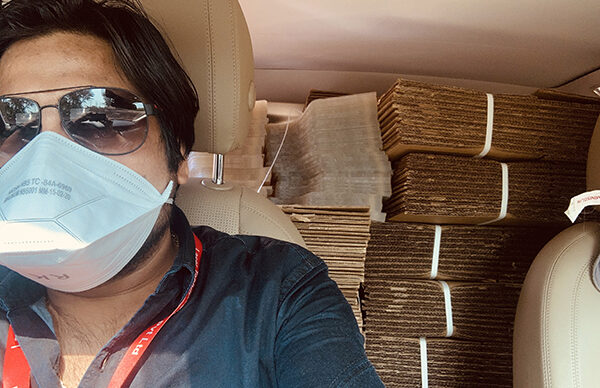 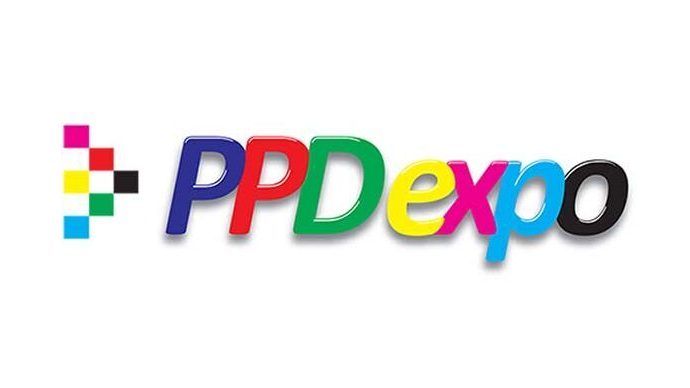 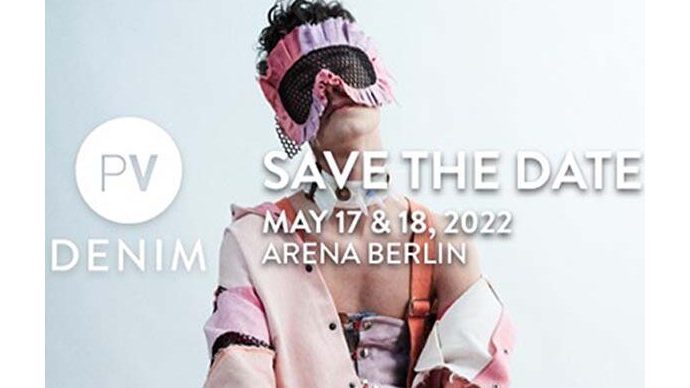 Tarsus Group, organizer of the Labelexpo Global Series, has announced that Labelexpo Europe fair, initially scheduled in Brussels for April 2022,… 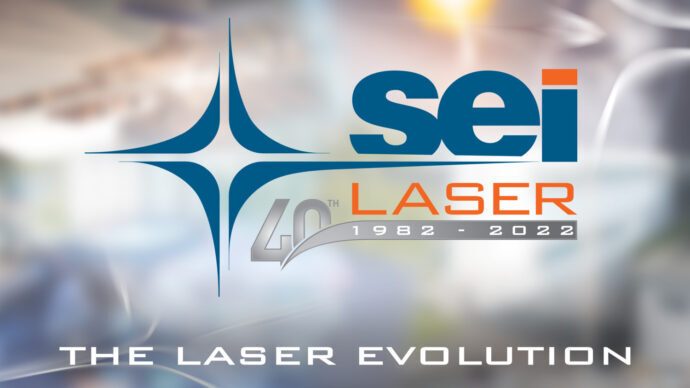 SEI S.R.L. was born  40 years ago thanks to a strong culture of engineering, to main values of loyalty and passion…